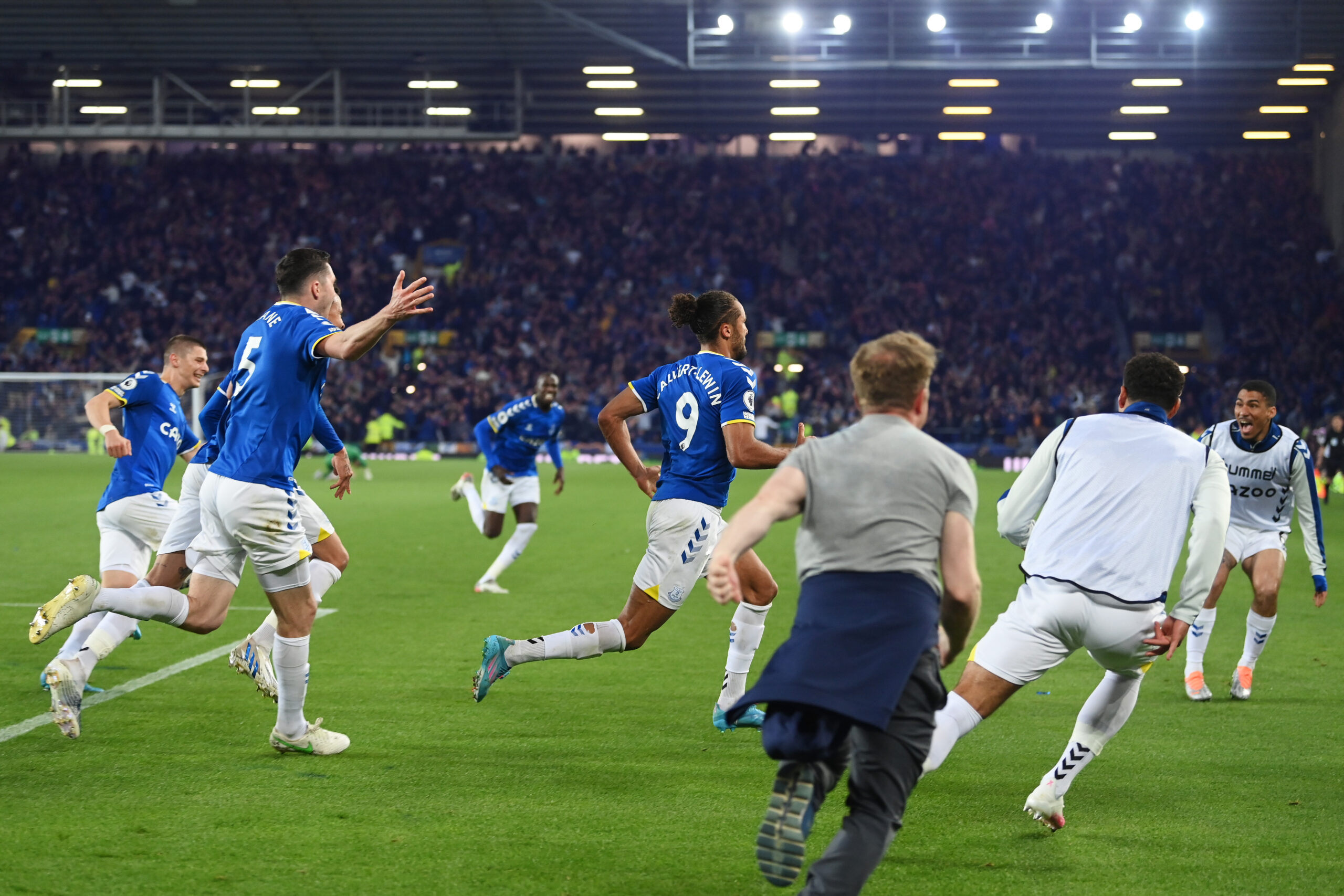 Season-long suffering for Everton finally came to a halt in midweek as Frank Lampard’s side pulled off a stunning turnaround to secure another season in the Premier League.

The Toffees fought back from a 2-0 down at half-time to beat Crystal Palace 3-2 at Goodison Park and clear all doubts about their top-flight status.

After claiming their first-ever Premier League win after trailing 2-0 at half-time, the Merseyside outfit will make the journey to London to take on top-four hopefuls Arsenal on the final weekend.

It has been a season to forget for Everton, yet Lampard’s men could still have implications on the Champions League race.

In the post-Palace conference, the Toffees manager insisted his side will treat the Arsenal clash with the respect it deserves.

“I understand Arsenal and Tottenham are in a battle and we’ll go and do our absolute best to approach the game in the right way,” Lampard said, as relayed by the Evening Standard.

Everton must be glad that they have secured survival ahead of their Sunday’s trip to the Emirates Stadium, at least given their underwhelming away form this season.

Despite beating Leicester City and drawing with Watford on their last two domestic travels, Lampard’s lads have picked up a joint-few ten away points in the Premier League this term.

Based on the Everton results away from home, one would assume they have nothing to hope for in London, yet the Toffees have thrived against Arsenal of late.

Indeed, Everton have won their last three top-flight meetings with the Gunners, including a come-from-behind 2-1 victory in the reverse fixture back in December.

Arsenal succumbed to a 1-0 defeat in this exact fixture last season and could now lose back-to-back home league matches against the Toffees for the first time since 1987.

However, before Bernd Leno’s comic own goal sunk Mikel Arteta’s side last season, the Gunners had gone unbeaten in 24 consecutive home league games against Everton.

Conceding first would likely send Arsenal’s hopes of winning into disarray, as they have lost 91% of the Premier League matches in which they shipped the opening goal this season (W1, L10).

In the latest Arsenal news, Takehiro Tomiyasu, who sustained another injury in a 2-0 downing at Newcastle United, will be unavailable for selection.

The Japanese right-back will join Kieran Tierney and Thomas Partey on the sidelines.

As for Everton, Lampard has already admitted that a number of fringe players could get an opportunity to feature at the Emirates.

Nathan Patterson and Andros Townsend are definite absentees, while Salomon Rondon is still out through suspension.

Arsenal head into the final matchday trailing fourth-placed Tottenham Hotspur by two points and have minimal chances of making it to next season’s Champions League.

The Gunners have to beat Everton and hope Spurs lose at already-relegated Norwich City to secure their first top-four finish since 2015/16.

That seems a bit far-fetched at this point and we back the Toffees to complete a tormenting season on a high by posting a fourth successive H2H league win for the first time since 1924.