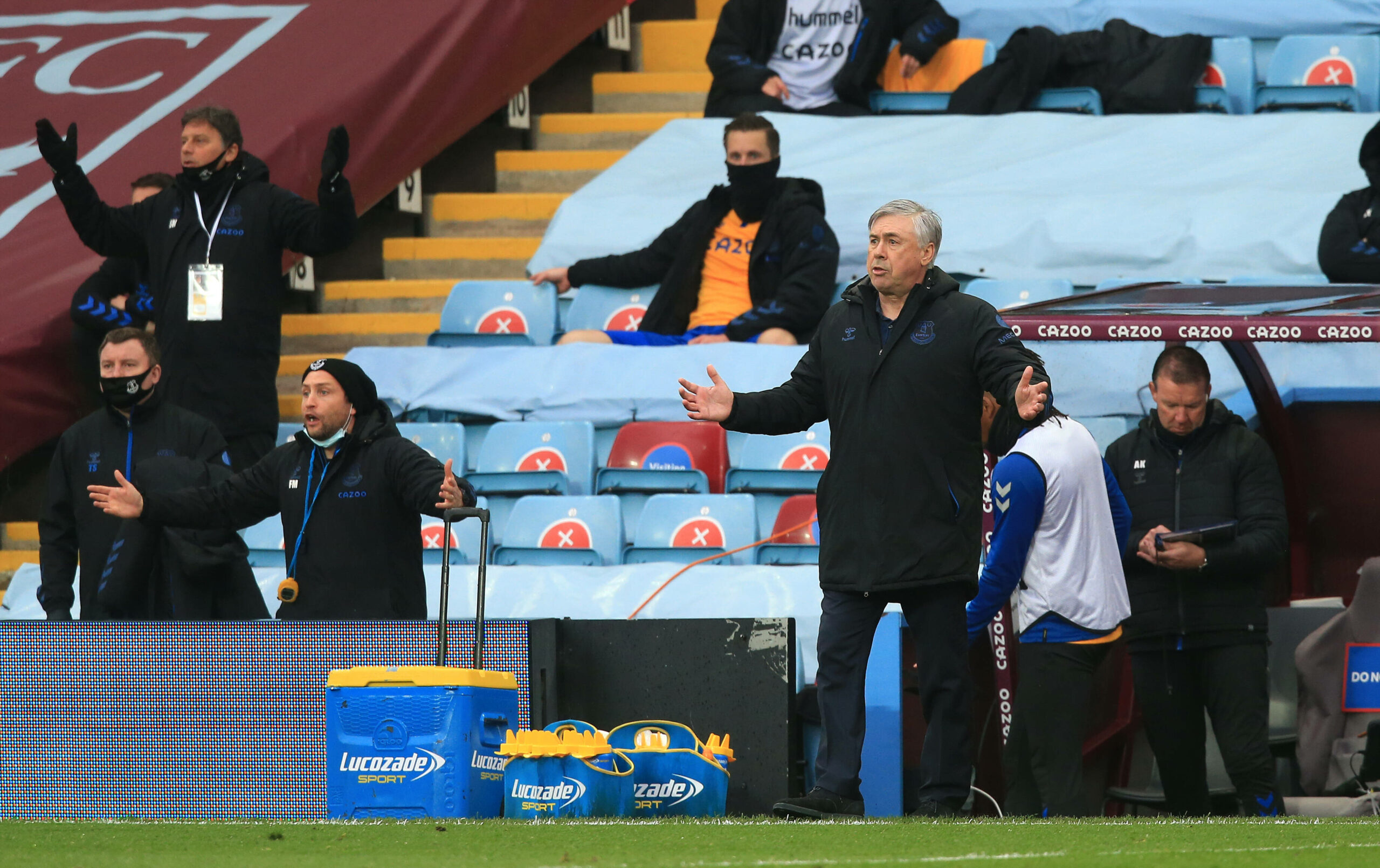 If this is to be the end of Everton’s push for Europa League football next season, it did not go with a bang, but with a whimper.

The Toffees could have leapfrogged Tottenham in the Premier League table with a win, whilst also going level on points with West Ham.

However, despite racking up six shots on target, Everton failed to make their dominance count.

Tyrone Mings’ header was the closest either side came to a goal, with his effort flashing past Everton’s post.

The Englishman should have hit the target with his effort but was unable to make the desired contact to test Jordan Pickford.

Despite dominating possession, Aston Villa failed to create any other big oppurtnities, racking up just two shots on target.

While Everton did not see a lot of the ball, they did manage 15 shots with five of them on target.

However, only one shot on target threatened Aston Villa and that was Dominic Calvert-Lewin’s header in the dying moments of the game.

Rising highest at the back post, the forward headed straight at Emiliano Martínez, while Abdoulaye Doucoure’s follow up shot was deflected over the bar by teammate Richarlison.

Tyrone Mings survived a scare towards the end of the game when his challenge on Calvert-Lewin brought about VAR review, but survived further punishment.

What does this mean for Everton’s European football hopes?

While Everton are by no means out of the race for European football next season, it is no longer in their hands.

A win over Aston Villa would have put them in the driving seat for Europa League football, with all teams around them trying to avoid the Europa Conference league.

The Toffees’ remaining games will come against Sheffield United, Wolves and Manchester City, which is not an easy run-in by any stretch of the imagination.

Carlo Ancelotti revealed after the Aston Villa game that Everton would need to win all three to have a hope of Europa League football next season, and he would be right.

West Ham will face Brighton & Hove Albion, West Brom and Southampton for their run-in, which is probably the most favourable out of Everton and Tottenham’s.

Ryan Mason’s Spurs side will face off against Wolves, Aston Villa and Leicester, which could give Everton some hope yet.

As it stands, the Europa Conference League looks like the only competition Everton will be able to secure this season, but do they want to be in it?

The competition would likely bring little reward for much higher demand on players, with a multitude of fixtures throughout the season.

That could then stunt Everton’s push for the Europa League or Champions League next season.

While opinion will be divided on whether Everton will benefit from the Europa Conference League, anything less than Europa League will be labelled a failure.