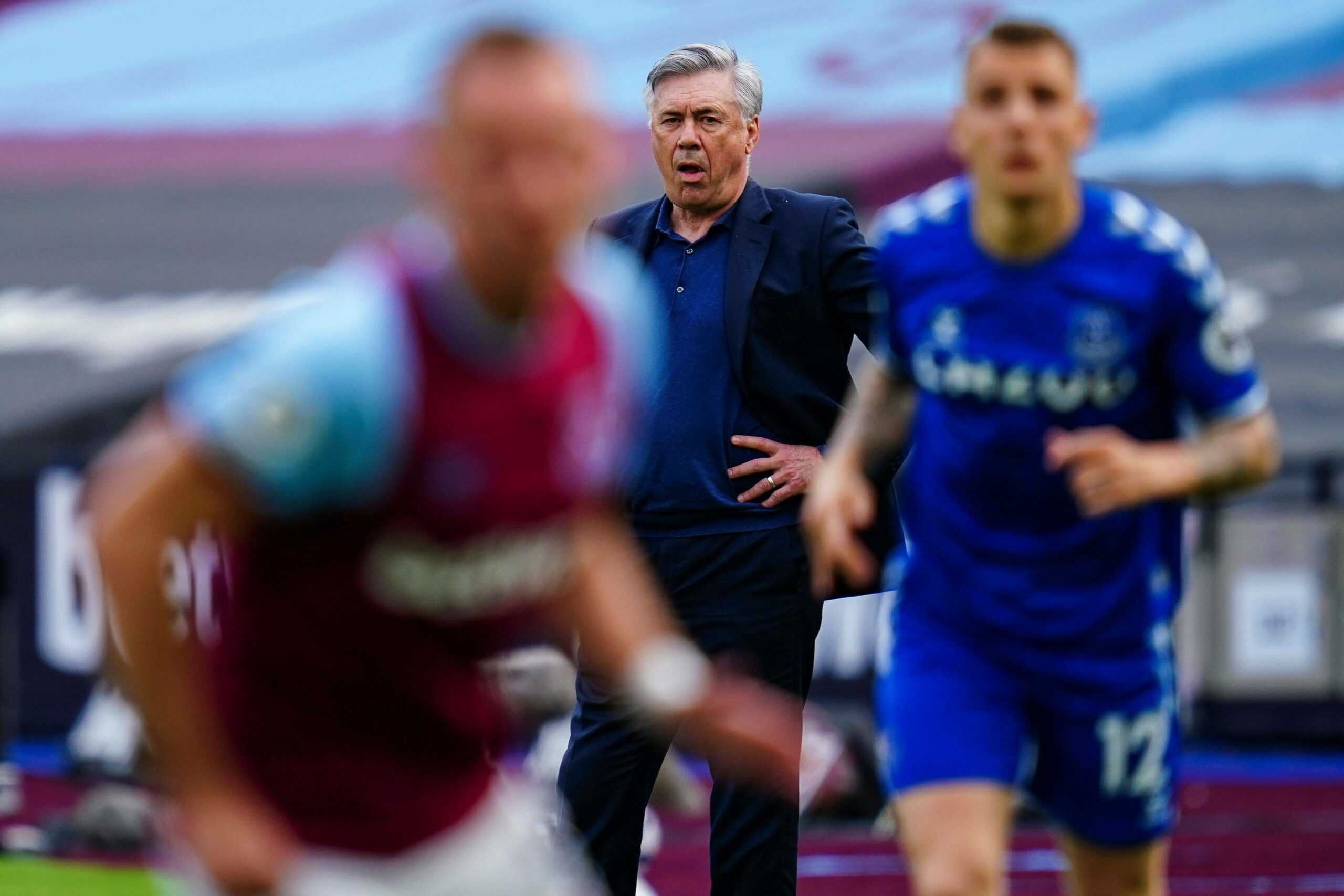 Everton’s impressive win against West Ham last weekend has catapulted them back into the race for a top six finish.

Dominic Calvert-Lewin’s second goal in two games saw the Toffees go within three points of David Moyes’ Hammers with a game in hand.

That game in hand will come against Aston Villa on Thursday, who deservedly won 2-1 at Goodison Park last week.

However, with Everton’s away form only bettered by Manchester City this season, we could see a very different performance than the one on Merseyside.

The performance on Sunday against West Ham was a much needed one for Everton.

The Toffees’ season had ground to a halt after just one win in seven matches, with European football next season quickly slipping away from them.

The 2-1 defeat to Aston Villa looked to be the final blow for Everton despite what looked to be a promising start to the season.

However, the West Ham win has breathed new life in Everton’s dying campaign.

A combination of results elsewhere and a tightly packed Premier League top eight has kept Everton in the race and following Tottenham’s loss to Leeds, there is still a realistic chance of European football next season.

Multiple individual performances on Sunday will have also given Everton fans hope of a resurgence.

Midfielder Allan was rightly named man of the match after possibly his best performance of the season, with Tom Davies also impressing alongside him.

Calvert-Lewin looks to have rediscovered his goalscoring touch, with his finish past Łukasz Fabiański a clinical one.

Everton’s defence also limited West Ham’s attack throughout the full game, with the Hammers unable to rack up even one shot on target.

Though, as Aston Villa showed the week prior, the Villians will provide a very stern test for Everton.

The Toffees were picked off by Dean Smith’s side in midfield, where Andre Gomes and Allan struggled to contain the opposition.

That will likely be a position where Everton will look to strengthen, with Abdoulaye Doucoure possibly set for a return to the side.

The Frenchman could also provide more an attacking threat than Andre Gomes, who has been poor this season.

That could see the Toffees produce an improved performance compared to their last outing against Aston Villa.

Silencing Jack Grealish will also be key in Everton’s pursuit of an important victory, with the Villa man easily the biggest threat.

The big news for Aston Villa is that Jack Grealish will reportedly return to the squad to face Everton.

The Englishman has been absent since picking up an injury in February, having impressed in the first half of the campaign.

Ollie Watkins will be suspended for the tie following his sending off against Manchester United.

Trézéguet and Morgan Sanson will also miss the game due to long-term injuries.

Abdoulaye Doucoure returned to the squad against West Ham as an unused substitute and could start the game on Thursday.

James Rodriguez missed the trip to London on Sunday due to injury, with Carlo Ancelotti suggesting recently that he would return to training this week.

However, we are yet to receive confirmation as to whether he will be ready for Thursday.

Yerry Mina also suffered an injury during the clash with West Ham, with his inclusion now questionable.