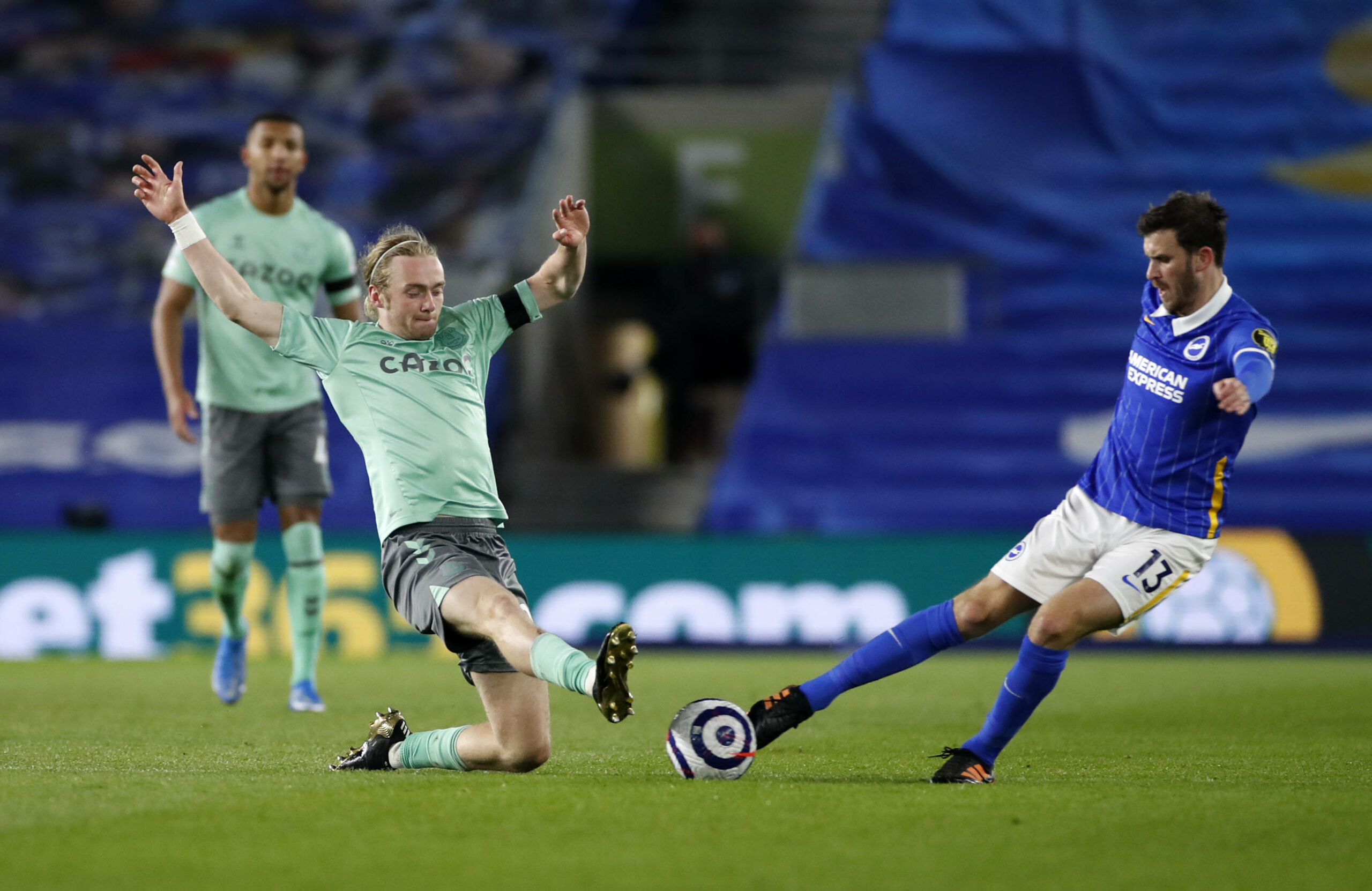 Despite their injury problems in recent weeks, Everton failed to live up to even the smallest of expectations when they visited the Amex on Monday.

The Toffees went into this game needing three points to keep them in contention for the top four, with a game in hand against Aston Villa still to come.

However, it was much of the same from Carlo Ancelotti’s side in terms of their attacking output.

Despite having a relatively solid 44% possession, Everton only managed one shot on target from eight, and that was easily dealt with by Brighton’s Robert Sánchez.

In comparison, Brighton managed 23 shots and three were on target.

Everton’s best chance actually came in added time, where Alex Iwobi shot from the edge of the box but his effort rose over the bar.

Brighton, meanwhile, created some big chances to win the game. Though, as has been the case this season, the Seagulls lacked that cutting edge at the final moment of each promising attack.

While Dominic Calvert-Lewin’s injury would not have helped Everton’s preparation, this is something fans are getting used to seeing, with the Toffees attack failing to provide for the majority of this season.

In 17 of their 30 games this season, the Blues have failed to have over 10 shots in a league game.

For a side that are targeting the Champions League places, that is simply not good enough.

After another missed oppurtinity, it is difficult to picture Everton threatening the top six before the end of the season.

What next for Everton?

Things are not going to get any easier for Everton in the coming weeks either, with Tottenham their next opponents before a trip to the Emirates to face Arsenal a week later.

One positive is that the Toffees are set to get a plethora of players back from injury, with Allan, Joshua King, Andre Gomes, Dominic Calvert-Lewin and Jordan Pickford all set to return.

Despite that, Everton’s attacking problems have been prevalent for months and Ancelotti must find some way of increasing their attacking output.

With Everton’s European hopes hanging by a thread, the Toffees cannot afford to be wasteful with their possession any longer.