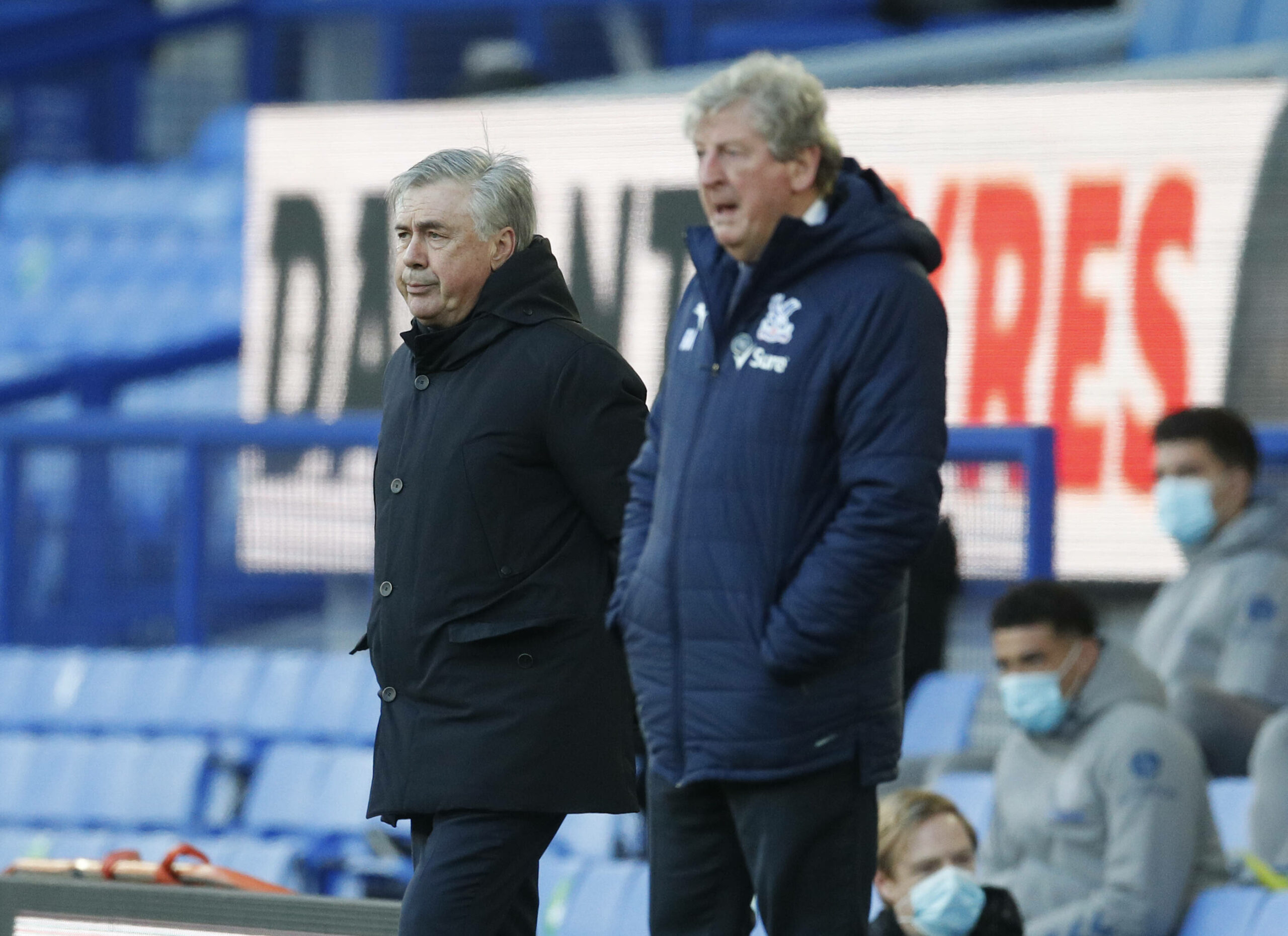 The Amex Stadium will play host to Brighton’s clash with Everton on Monday, with both sides in desperate need of three points.

Graham Potter has put some daylight between him and Scott Parker’s Fulham following wins against Southampton and Newcastle.

Despite that, another three points could almost guarantee safety for the Seagulls, something they would love to do on Monday.

Though, Everton are also in need of a positive result after their disappointing draw with Crystal Palace.

With games against top-four rivals West Ham and Tottenham still to come, Carlo Ancelotti’s side will have to be flawless for the rest of the season if they are to make the Champions League spots.

It’s been a rollarcoaster season for the Toffees so far.

Despite feeling a couple of months ago that the top four was a realistic possibility, the draw with Crystal Palace felt like a footnote to that idea.

Three points in that game would have seen Everton sitting just three points behind the top four with a game in hand.

Instead, a late Michy Batshuayi goal sucked plenty of positivity out of almost every Evertonian.

Despite that, there were some positives from the game and the Toffees must build upon them if they are to start moving in the right direction again.

Firstly, Everton produced a much better showing in the final third.

While Richarlison and Dominic Calvert-Lewin were unable to convert Everton’s chances, this was the first time the Toffees had out-shot their opponent in 19 league matches.

The inclusion of James Rodriguez and his creativity certainly helped, with the Colombian a consistent thorn in Crystal Palace’s side.

Now, against Brighton, he must produce a similar performance.

The Seagulls are likely to start the game in a 3-4-1-2 formation, something they have been using for a few weeks now.

Pascal Gross and Jakub Moder have been used as the wing-backs, and that could potentially be an area that Everton exploit with Richarlison attempting to play in the space between the full-back and centre-back.

The midfield battle is also likely to be key, with the talented Yves Bissouma set for an intriguing battle with either Allan or Jean-Philippe Gbamin.

Danny Welbeck has scored two in his last two games and Michael Keane will likely be the man tasked with stopping him.

Despite all of this, a lot will depend on James Rodriguez.

The Colombian showed just how important he is to Everton’s build-up play in the game against Crystal Palace, with the team simply more creative when he is in the team.

Though, Richarlison and Dominic Calvert-Lewin must take their chances when they come, and both will be desperate to score after their poor display on Monday.

Everton have been boosted by the return of Jean-Phillipe Gbamin, with the Ivorian in contention for a starting role against Brighton.

Andre Gomes was substituted with an injury during the Crystal Palace match, with Carlo Ancelotti yet to confirm whether he will return for Monday’s game.

Brazilian midfielder Allan is likely to be available for selection, having likely overcome a slight problem that kept him out of the Palace clash.

For Brighton, Solly March and Tariq Lamptey will miss the game due to injury.

Aaron Connolly, Florin Andone and Adam Webster are all doubtful.