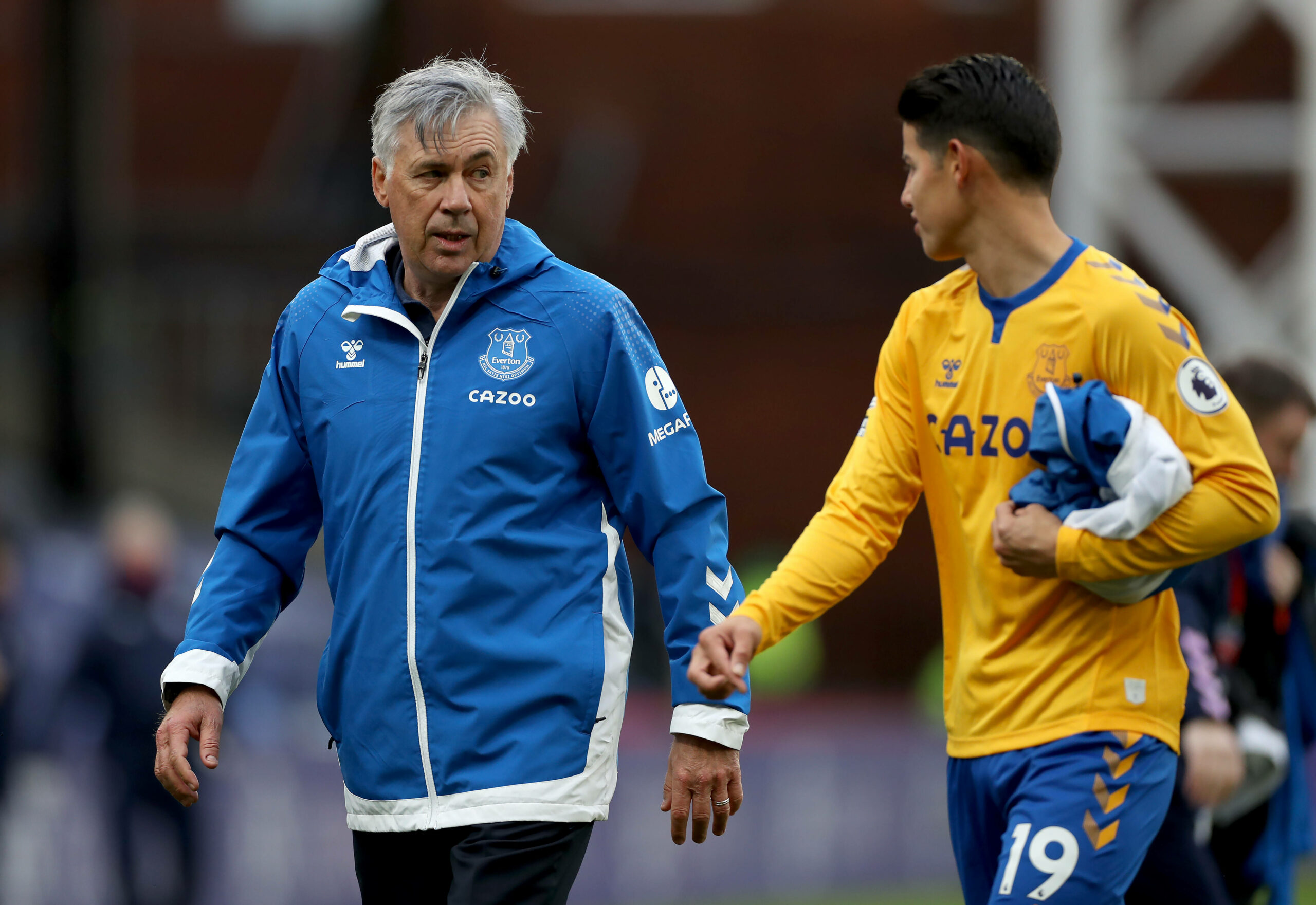 With James Rodriguez set to miss the clash with Aston Villa on Thursday due to another injury, Everton boss Carlo Ancelotti has spoken out on the Colombian’s problems.

Rodriguez has been a revelation for Everton when he has been on the pitch, providing a creative outlet for players like Dominic Calvert-Lewin and Richarlison to play off.

However, the Colombian has suffered a multitude of small injury problems this season, limiting him to 22 Premier League appearances.

Should Everton have had Rodriguez fit for the full season, there is no telling where Everton could be in the Premier League table right now.

Now, Carlo Ancelotti has spoken out on his frustration of injuries for the Colombian, as well as Everton’s plan to keep Rodriguez fit next season.

Asked about James’ injury setbacks, Ancelotti explained to the Liverpool Echo: “We were a little bit, how can I say, not happy for this.

“I think the season of James was good and in the future we have to work more on the protection of him to take more care of him because the fact he didn’t play a lot affected us for sure and next season we have to improve and prevent more of these kind of things.

“We have to do a specific programme we are doing right now, in the last period, to avoid this kind of problem.”

Ancelotti also cited Rodriguez’s international commitment as a potential fact and claimed Everton will give the player a ‘good period of vacation’ after the Copa America.

“He will do well in Copa America, there is no doubt of this,” Carlo continued.

A number of Toffees players will be on international duty this summer, with both the European Championships and the Copa America taking place.

Yerry Mina, James Rodriguez, Allan and Richarlison will also likely feature in the Copa America, with the latter even claiming he wants to play in the Olympics too.

Star striker Dominic Calvert-Lewin is likely to join up with England for the European Championships, with Jordan Pickford also an option for Gareth Southgate’s side.

Lucas Digne will likely travel to the competition with France, while Andre Gomes could link up with the Portugal national team.

There are others who could also be selected for the tournament and Everton will need to manage all of them when they return to Finch Farm over the summer.

After James Rodriguez’s injury blighted season, Everton must err on the side of caution when it comes to next season.