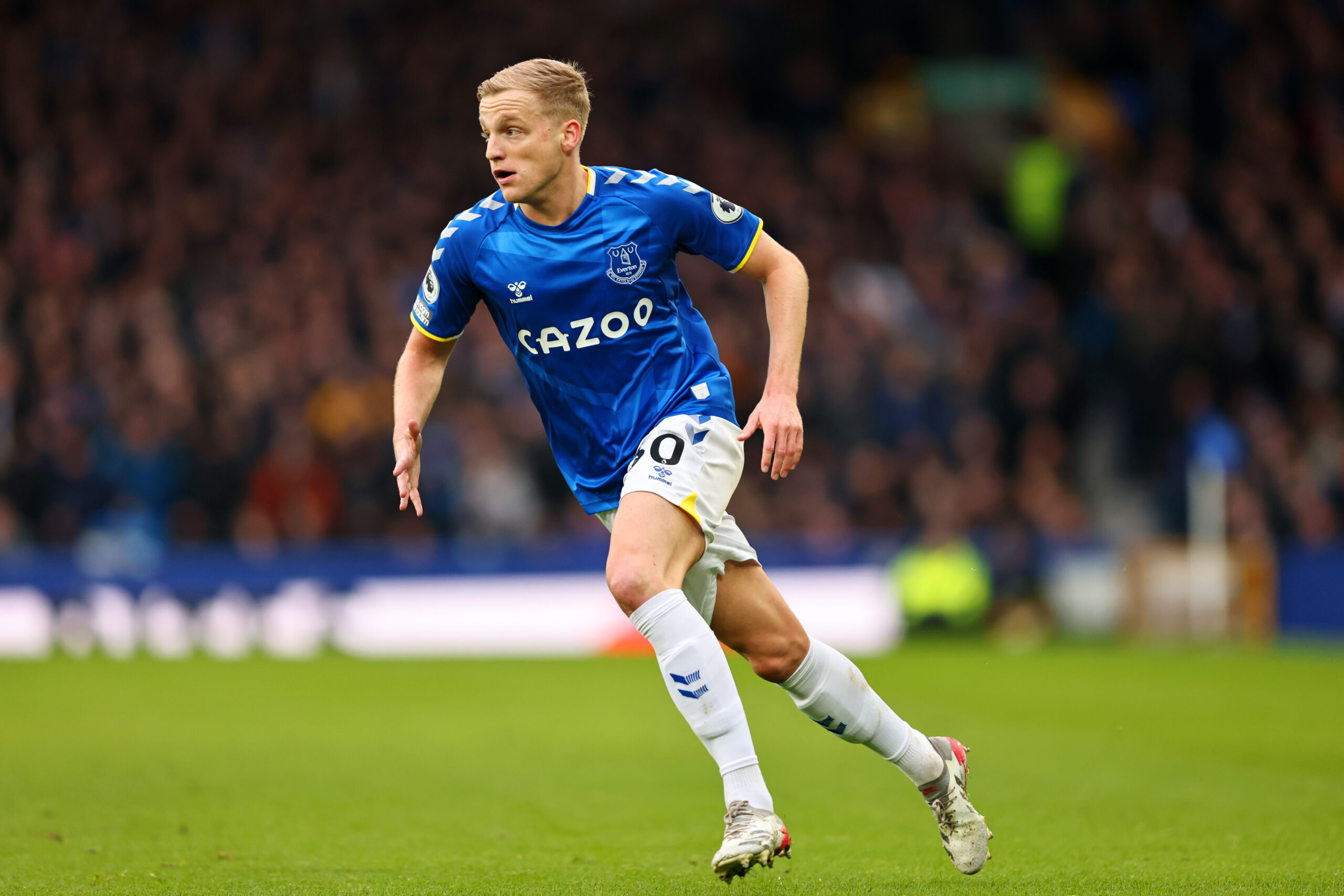 Manchester United loanee Donny van de Beek has his heart set on securing a permanent switch to Everton at the end of the season.

After an abysmal year-and-a-half spell at Old Trafford, the midfielder joined the Toffees as the January deadline-day signing on loan for the remainder of the season.

Alongside several other high-profile additions, the Dutchman is expected to boost Frank Lampard’s bid to save the Merseyside outfit from suffering relegation this season.

Lampard replaced Rafael Benitez at the helm following the Toffees’ abysmal domestic form as part of the club’s efforts to bounce back in the remainder of the season.

Saturday’s trip to Southampton could clarify whether a scintillating 3-0 romping of Leeds United last time out was a fluke or a start of a new era at Goodison.

Ensuring top-flight survival could help Everton sign Van de Beek permanently, as the player already leans towards staying in Merseyside beyond the summer.

Following his first Premier League start under Lampard, the 24-year-old shared his feelings about moving to the new environment in the January transfer window.

“It’s like a new start. This gives me a lot of energy and, you know, if you see the way the club is on the table, they want to go up,” he said, as relayed by the Daily Star.

“Me also as a player, I want to go again to show what I can do. I think this combination is good.”

Van de Beek’s impressive showings at the Johan Cruyff Arena earned him a reputation as one of the most exciting up-and-coming midfielders in European football.

But nothing went according to plan for him in the Premier League so far, as he even lost his place in the Netherlands national team under Louis van Gaal.

Indeed, the Dutchman was a marginal figure at Old Trafford despite Man United dashing out £35m to take him away from Ajax in summer 2020.

The Red Devils could reportedly be willing to accept losing a substantial portion of the money they invested in Van de Beek’s deal two years ago as they are ready to sanction his permanent departure for £20m.

Meanwhile, the player is desperate to get his career back on track in the World Cup year and bolster his chances of featuring for the Netherlands in the upcoming tournament.

Lampard’s affection for the talented youngsters certainly works in his favour.