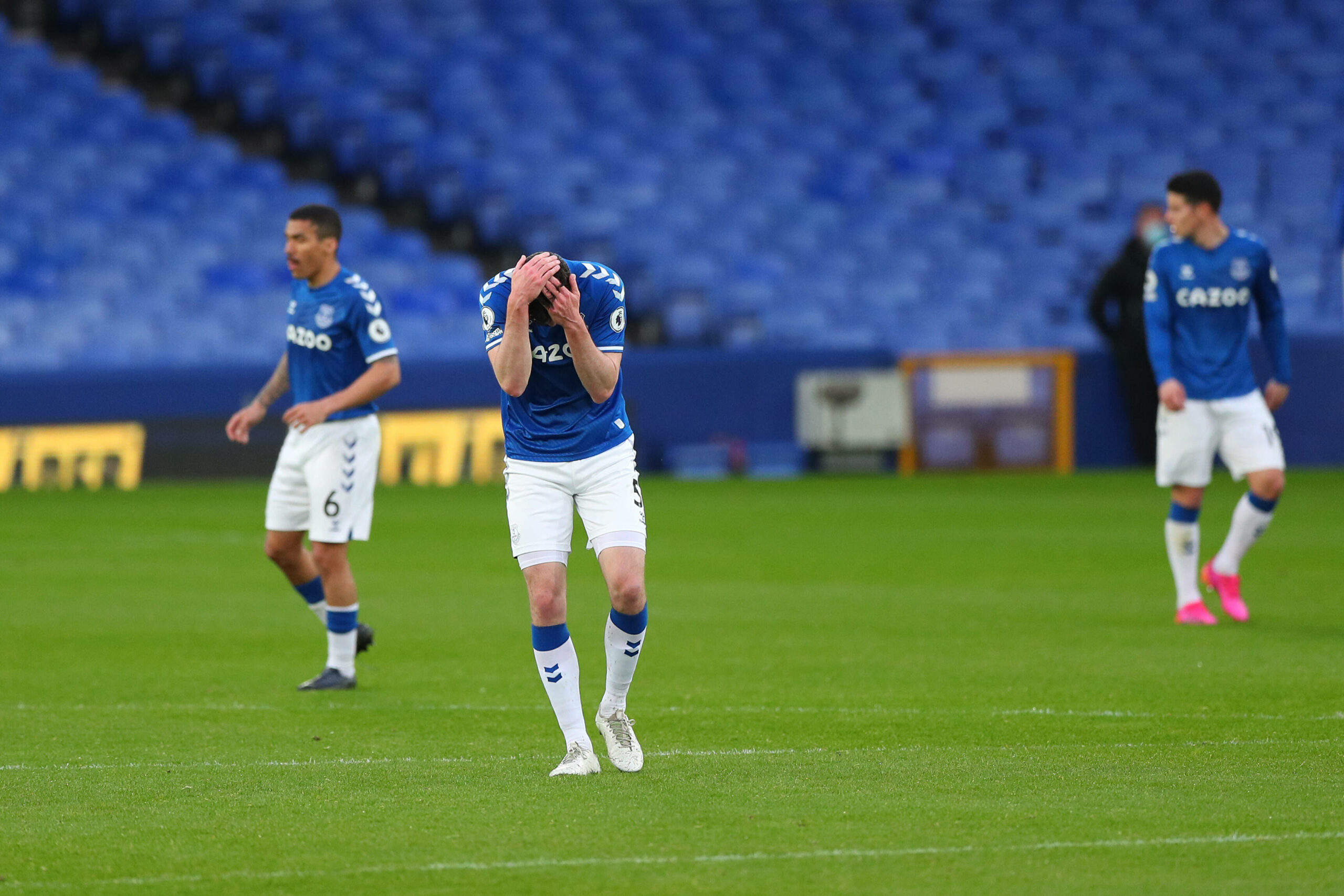 While Everton fans still believed there was a slim chance Europa League football was still achievable, that optimism was extinguished on Sunday evening.

With West Ham being held to a draw by Brighton & Hove Albion, the Sheffield United clash offered up a golden opportunity for Carlo Ancelotti’s Everton.

Though, instead of taking advantage of that result, Everton produced their most disappointing performance of the season.

Things looked fairly positive for Everton in the opening five minutes, with the Toffees comfortable in possession and easing themselves up the pitch.

However, they were cut open by Sheffield United in the seventh minute, when 17-year-old Daniel Jebbison latched onto Jack Robinson‘s cross.

Despite having a fantastic campaign, Ben Godfrey’s marking of Jebbison was simply laughable, with the Englishman attempting to step up out of defence. Instead, he left the 17-year-old with a tap-in.

Everton then piled on the pressure as they looked to get back into the game, but multiple chances were spurned by Dominic Calvert-Lewis and Richarlison, while Aaron Ramsdale was unbeatable at times.

The Englishman saved Allan’s goal-bound shot during the first half, before making a double save to deny efforts from Richarlison and Calvert-Lewin.

As the game went on, Everton faded away and simply looked bereft of ideas.

They were so off the pace that Sheffield United looked like the impressive side of last season, rather than a team who sit rock bottom of the table and were relegated five weeks ago.

Those fans who have been offered tickets for the Wolverhampton Wanderers game at Goodison on Wednesday will now be cursing their luck.

Following a defeat of this magnitude, there has been somewhat of an Everton social media civil war.

The truth is that while there is only so much Ancelotti can do with players that clearly are not good enough, he should be doing much better than he has been in home games.

While Everton have been a joy to watch away from home, the Toffees have now lost their joint-most home games in a single season in Premier League history.

Those defeats have also come against teams such as Newcastle, Fulham, Burnley and Sheffield United, in games that they didn’t even deserve to win.

Ancelotti, a manager who has won everything there is to be won, should be able to mastermind positive results against teams of that level with a squad that is valued at over £400million.

The manner of those defeats is also a huge concern, with Everton under Ancelotti having no discernible style or tactics, bar passing the ball to James Rodriguez and hoping.

In short, Carlo Ancelotti is not above criticism. In fact, he deserves it.

Though, the blame cannot fall solely on his doorstep. Everyone at Everton needs to pull their weight this summer to avoid a repeat of what has been an ultimately disappointing campaign.