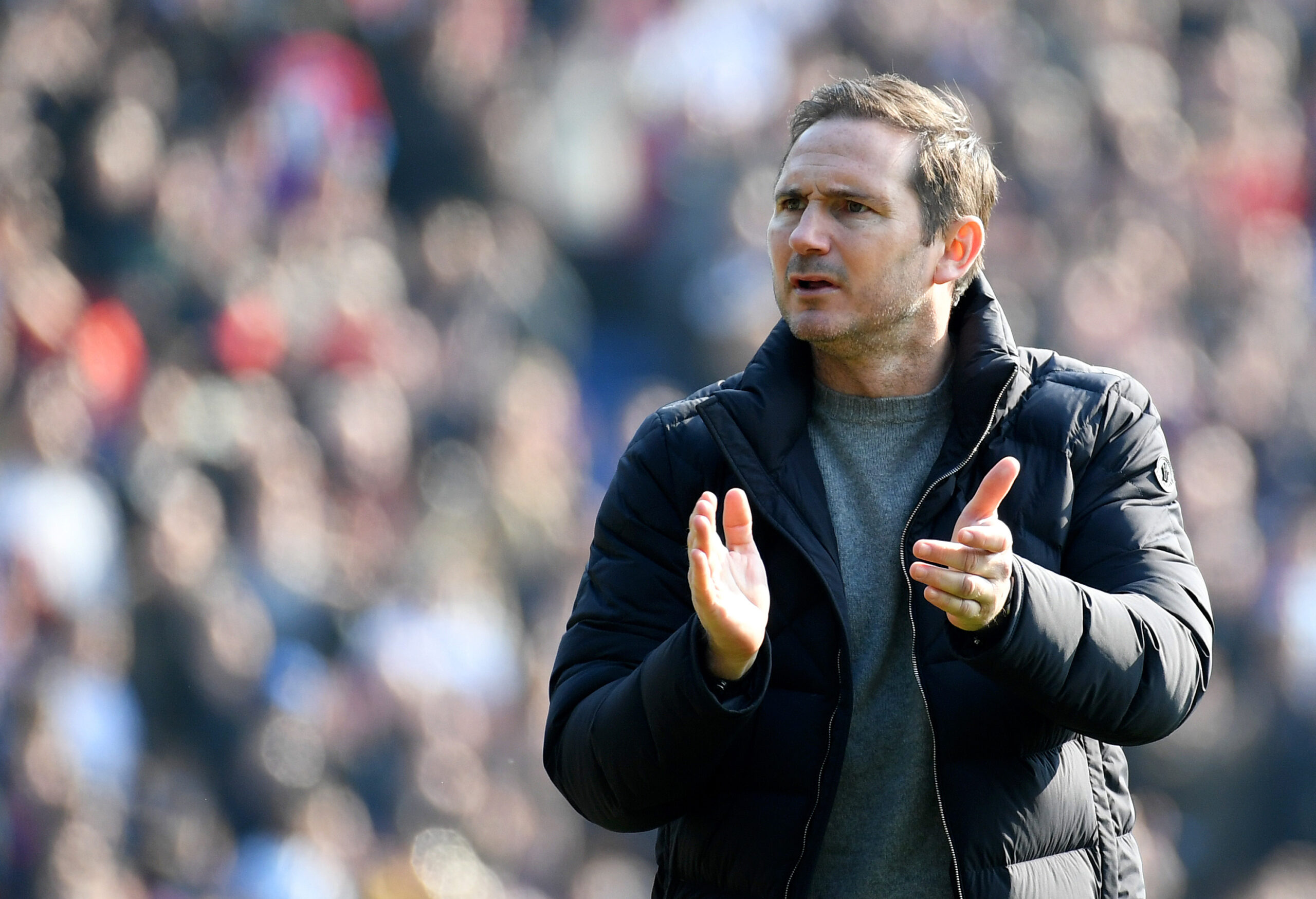 Not many things have gone Everton’s way this season, but Frank Lampard’s men will hope to make up to the fans down the final stretch.

Everton featured prominently in transfer news last summer as the Goodison Park chiefs made heavy investments and continued in the same fashion in January, unfortunately to no avail.

Despite completing a host of eye-catching deals, the Toffees are stuck in a terrifying relegation battle, with their long-standing Premier League status hanging in the balance.

Everton’s sub-par performances that have contrasted the club’s financial sacrifice over the last two transfer windows led Jamie Carragher to label them as the ‘worst run club in the country’ (via Sky Sports’ Overlap).

Lampard must be keen to make the former Liverpool defender eat his words, but the April schedule will present the Merseyside outfit with some formidable challenges.

Everton’s opening fixture in April takes them to the London Stadium, where they will encounter genuine top-six contenders West Ham United.

West Ham’s inconsistency could boost the Toffees’ hopes of racking up back-to-back league wins for the first time since August/September.

Three days after their cross-town trip to the Hammers, Everton will head to Turf Moor to meet 19th-placed Burnley in a relegation six-pointer.

Only four points currently separate the sides. But the Clarets went into March’s international break amid a rough patch, having lost three successive Premier League games.

Given Burnley’s underwhelming run of form, this could be a perfect opportunity for Lampard’s side to solidify their position in the race for survival.

The Toffees faithful will hope for another resilient performance from Lampard’s men when fifth-placed Manchester United arrive in Liverpool on April 9.

After holding the Red Devils to back-to-back scoring draws in the Premier League, the Merseysiders will seek their first top-flight H2H triumph since April 2019.

Like Everton, Leicester City have failed to live up to expectations this season, though they could still make a fifth top-half Premier League finish in succession.

Brendan Rodgers’ men have picked up three victories from their last four league games (L1), as many as they had in their previous 14 in the competition.

However, Leicester’s noticeable upturn in form could be meaningless at Goodison, as a three-game H2H record in the Premier League heavily favours Everton (W2, D1).

Bragging rights are always up for grabs when Everton and Liverpool lock horns in the famous Merseyside derby, but the 60th instalment of the long-standing rivalry could offer much more.

The Reds’ revenge for last season’s 2-0 defeat at Anfield was merciless as they humiliated the Toffees 4-1 in front of sold-out Goodison back in December.

There is no doubt that Lampard’s side will hope to return the favour, but Jurgen Klopp’s men appear to be on another level at the moment.

But the prospect of bolstering their own survival hopes at the expense of the Reds’ title bid could prove a powerful motive for Lampard’s side here.