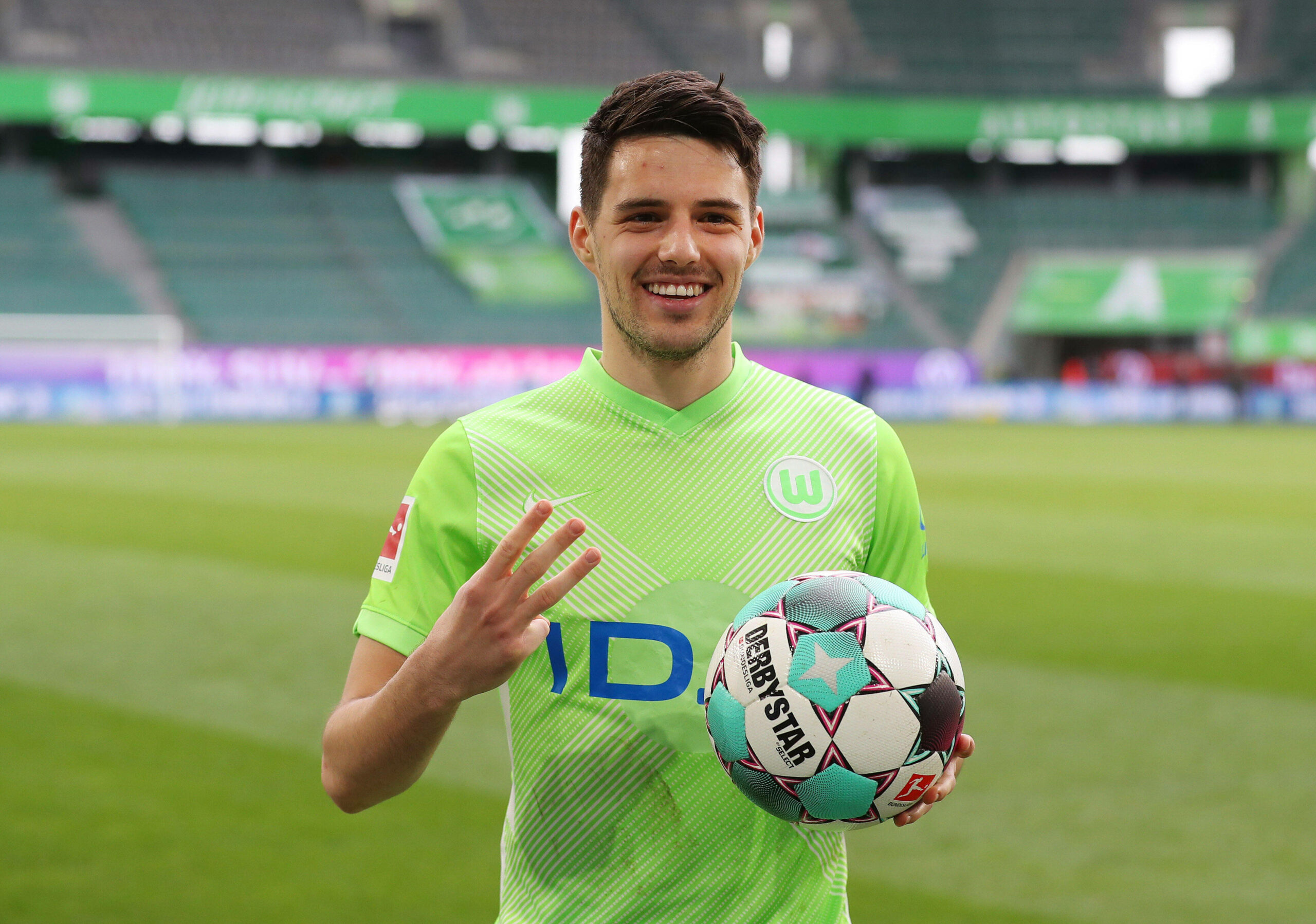 The Toffees could still finish the season with European football next season, despite a problematic run of results over the past couple of months.

Everton had won just one of their last seven games going into the clash with West Ham at the weekend, before beating David Moyes’ side 1-0.

The Blues have struggled with creativity on the wings this season, with James Rodriguez moving into a central role and Alex Iwobi struggling for form.

Brazilian winger Bernard is also set to leave this summer, having been transfer listed by Everton in January.

Now, according to a report from the Express, Everton are tracking Wolfsburg starlet Josip Brekalo.

The Toffees and Leeds United are said to have watched the Croatian, who has scored seven goals in the Bundesliga this season.

Brekalo has predominantly played on the left wing this season, cutting inside on his favoured right foot.

However, the Croatian is also comfortable playing on the right flank, having played in that position seven times this season.

The Express claims Brekalo is one of the players that Everton have been ‘monitoring closely’ in the second half of the season.

Napoli and Bayern Munich are also named as potential suitors, with Brekalo drawing comparisons with Arjen Robben due to his ability to cut inside and shoot from range.

Everton News View – Is Brekalo the winger Everton should sign this summer?

While Brekalo is a player who has clear ability and potential, this would be a strange move from Everton.

The Toffees are desperately in need for a right-winger with the ability to cut inside on their left foot, rather than a player on the opposite flank.

A player of Leon Bailey’s profile would be better suited for Everton in the summer transfer window but it is not yet clear if the Jamaican would be a realistic target.

Brekalo would be a great addition if he came in alongside a player like Bailey, but it would be unlikely that we see Everton sign two wingers this season.

If only one winger can be signed in the off-season, Brekalo is probably not the option the Toffees should go for.

‘I hope to stay for many years’: Allan comments on his Everton future
Everton made Emil Forsberg approach before Swede signed new RB Leipzig deal