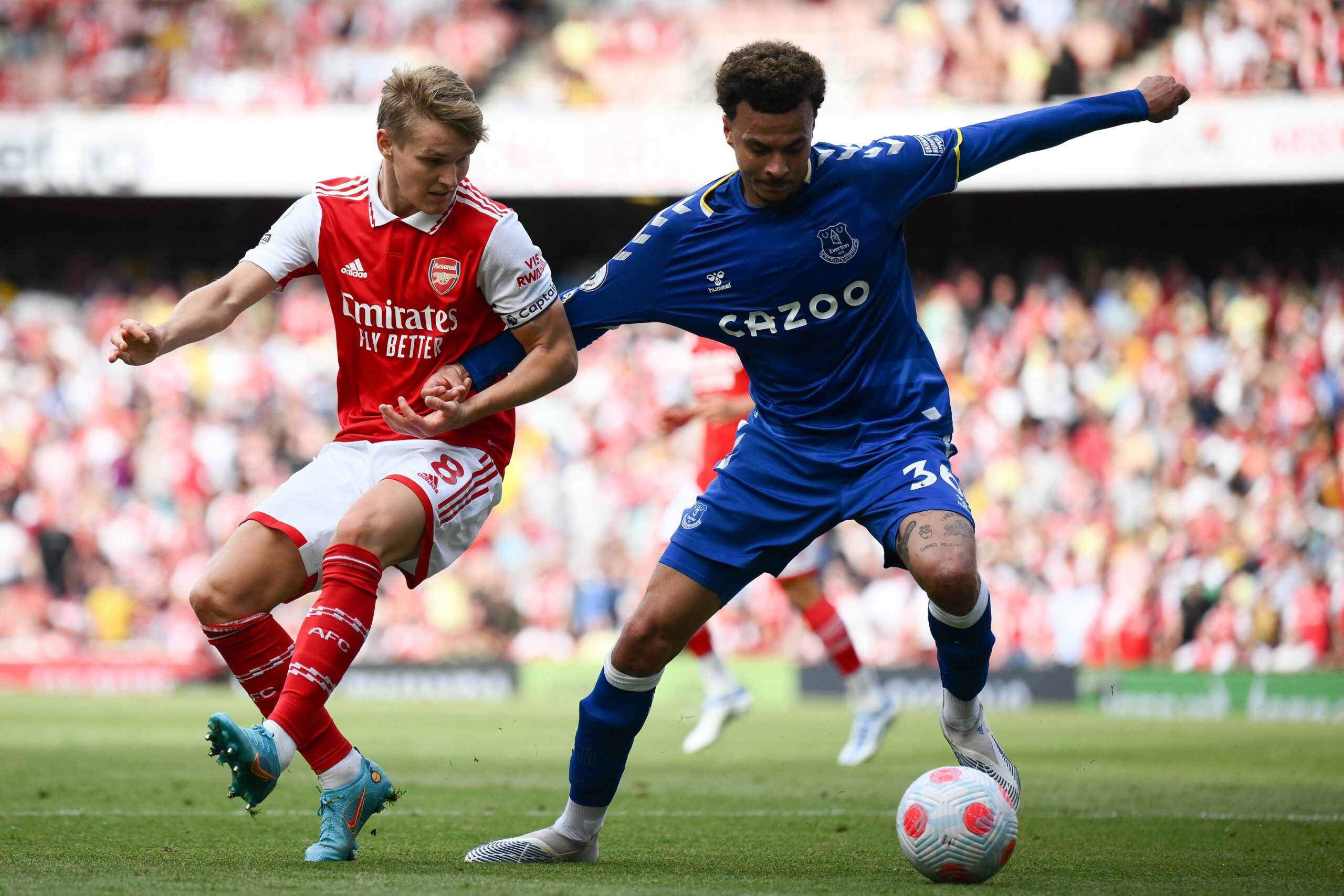 M&T Bank Stadium in Baltimore forms the backdrop for a mouth-watering pre-season friendly between Everton and Arsenal.

Familiar foes will get their United States Tour underway on Sunday at 12.00 am BST in Maryland as part of their preparations ahead of the 2022/23 Premier League season.

Frank Lampard is a man on a mission to reignite his underachieving Toffees squad following a thoroughly disappointing 2021/22 campaign.

Everton avoided what would have been their first relegation from England’s top-flight in the 21st century by the skin of their teeth last term, finishing in an underwhelming 16th place.

Despite splurging staggering figures on reinforcing their squad ahead of 2021/22 and midway through the season, nothing went the Merseysiders’ way over the past 12 months.

On top of that, the Toffees lost their talismanic forward Richarlison to Tottenham Hotspur earlier this month and have yet to find a suitable replacement.

But Everton took advantage of Burnley’s relegation to the Championship to strengthen their backline as James Tarkowski moved to Goodison Park on a four-year contract.

The highly-rated 29-year-old defender could register his debut in the blue shirt against Arsenal this weekend.

Everton’s substandard form down the tail-end of last season saw them pick up just one win from their final four 2022/23 Premier League outings (D1, L2).

Lampard’s men are lagging well behind their London counterparts in terms of match fitness as Sunday’s fixture will serve to launch their pre-season fixtures.

However, Everton could make up for the lack of competitive form by giving their all on the pitch in pursuit of revenge for a humiliating 5-1 thrashing at the Emirates Stadium on the final weekend last season.

Before collapsing in north London, the Toffees had won three consecutive Premier League meetings with Arsenal, suggesting they have seemingly had the Gunners’ number in the post-coronavirus world.

Arsenal’s pre-season preparations have reached advanced stages as they played two low-profile friendlies against Ipswich Town and Nurnberg before flying out to the US.

Following a 5-1 demolition of Ipswich, Mikel Arteta’s side fought back from a 2-0 half-time deficit to hammer Nurnberg 5-3 off the back of Gabriel Jesus’ stellar debut.

The former Manchester City ace joined the fray at the start of the second half to inspire the Gunners’ comeback with a quick-fire double.

In other Arsenal news, marquee midfield signing Fabio Vieira is expected to wear the red jersey for the first time against Everton.

Everton vs Arsenal, coupled with other pre-season fixtures featuring Premier League sides, will be available to watch online via live football streams.

After the Charm City Match against Arsenal, Everton will trade tackles with Major League Soccer franchise Minnesota United at the Allianz Field on July 21.

The Toffees’ final US Tour fixture is followed by a friendly clash against Championship side Blackpool at Bloomfield Road on July 24.

Lampard’s team will then have a match-free fortnight spell before playing host to Chelsea on August 6 for their 2022/23 Premier League curtain-raiser.