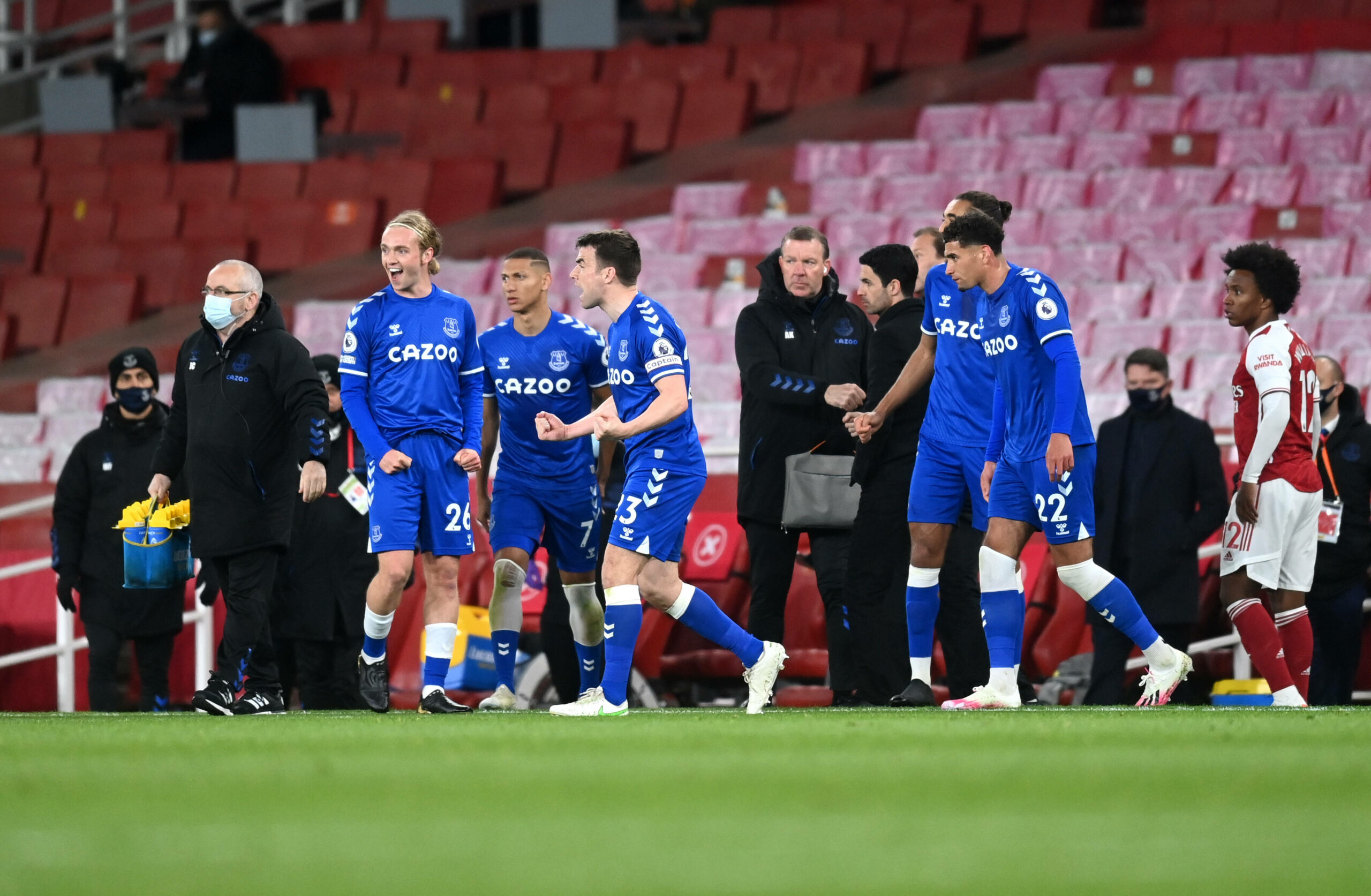 Everton’s late Saturday clash with Aston Villa represents a huge opportunity to close the gap on the top six, with nothing less than three points beneficial for Carlo Ancelotti’s side.

The win over Arsenal put the Toffees back into the conversation for European football next season, but they have some crucial games coming.

With Dean Smith’s side blighted by injury, this is an oppurtunity Everton cannot afford to miss.

Starting with the Arsenal result, Everton fell well below par yet again.

Despite a 1-0 win, the Toffees only managed one shot on target for the full 90 minutes. Arsenal, meanwhile, managed three and had several big chances throughout the game.

Bernd Leno’s blunder in the 76th minute covered over the cracks in Everton’s performance, but they must be better when Aston Villa visit Goodison Park on Saturday evening.

Villa have only managed to win one game in their last five, which is the same in the case of Carlo Ancelotti’s Everton.

Worryingly for Everton though, Villa have performed better away from home this season than they have at their own ground.

That is the complete opposite of the Toffees’ form, who have only won five of their 16 games at Goodison Park this season.

The key to Everton winning this game will lie with James Rodriguez, Richarlison and Dominic Calvert-Lewin. Neither Richarlison or Calvert-Lewin have scored a goal in Everton’s last four Premier League games.

Their form also revolves around James Rodriguez, who is considered Everton’s only consistent creative outlet at the moment.

Should all three of those players bring their A-game on Saturday evening, the Toffees could see themselves jump into the top six.

Carlo Ancelotti has confirmed that just Jean-Philippe Gbamin and Abdoulaye Doucoure will miss the clash with Aston Villa.

That means that both Yerry Mina and Michael Keane will be available after missing the Arsenal game due to injury.

Jack Grealish remains out of action for Villa, which is a huge blow for Dean Smith.

Grealish has not played since February and despite images emerging that show him in individual training, the Everton clash will come too soon for him.

Trézéguet has already been ruled out for up to 12 months after being stretchered off in the 2-1 loss to Liverpool earlier in the month.

Morgan Sanson will also miss the class at Goodison Park on Saturday.