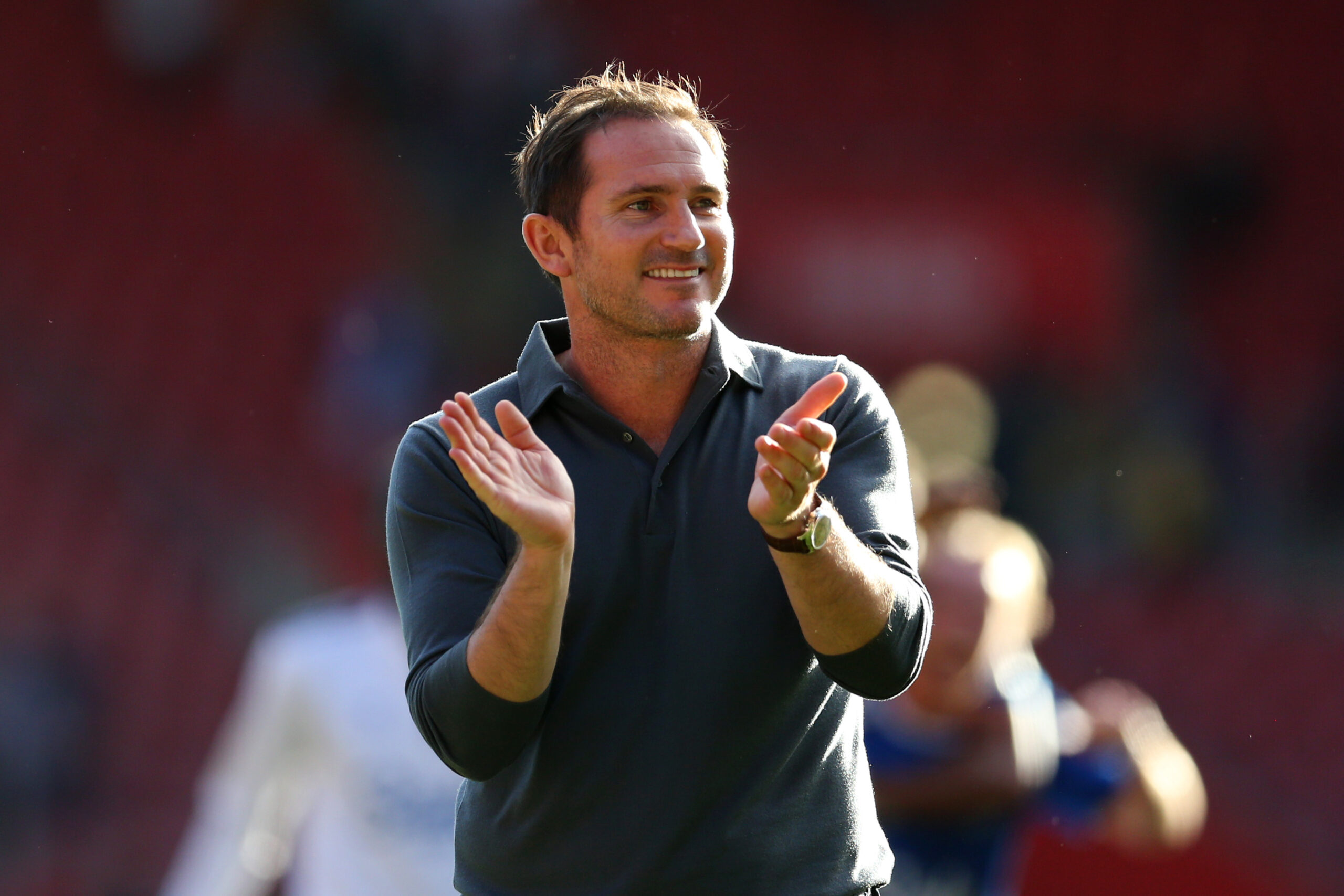 Sunday’s Premier League action closes out at Goodison Park as Everton and Manchester United go head-to-head in a handsomely-looking fixture.

Newest signings Conor Coady and Dwight McNeil were on the scoresheet as Frank Lampard’s men came from a 1-0 second-half deficit to beat Southampton 2-1 at St Mary’s Stadium last weekend.

If you contemplate backing the Toffees to make it three wins in a row for the first time in two seasons, check out the Everton predictions for the best pieces of advice concerning the Merseyside outfit.

Ex-Brighton & Hove Albion striker Neal Maupay opened his Everton account against David Moyes’ side and will be looking to help his gaffer make history on Sunday.

Lampard guided the Toffees to a 1-0 triumph over Man Utd in April and could become only the third manager in Everton’s history to win his first two league matches against the Red Devils.

There’s plenty of reason for optimism in the home camp, considering fatigue could be catching up with Erik ten Hag’s squad, which has been overwhelmed lately.

Man Utd bounced back from a morale-damaging 6-3 defeat to Manchester City in last weekend’s derby fixture by pulling off a come-from-behind 3-2 win at Omonia in midweek Europa League action.

Ten Hag’s men are currently on the periphery of the top six, and after Chelsea’s 3-0 demolition of Wolverhampton Wanderers, not even all three points here would fire them into the top four.

It’s been a while since Everton last won three Premier League matches on the bounce. You’d have to go back to March 2021 and Carlo Ancelotti’s tenure to find their most recent three-game winning league streak.

However, the Toffees head into proceedings unbeaten in six consecutive top-flight contests (W2, D4), last enjoying a longer undefeated run in the competition in December 2017.

There’s no doubt Lampard’s improving side are making a head of steam, with The Independent claiming ‘the Toffees’ resurgence has been built on a newfound defensive resilience.’

The Red Devils have suffered eight defeats on their last ten league travels (W2), scoring as many goals in last weekend’s 6-3 thumping to Man City as in their previous eight away league games combined.

Particularly vulnerable before half-time, ten Hag’s men have conceded a league-high share of 71% of their Premier League goals in the first half of games this season (10/14).

So Everton should be looking to take advantage of their visitors’ sloppy entries.

Though we expect a share of the spoils, we wouldn’t put it past Everton to stun United.