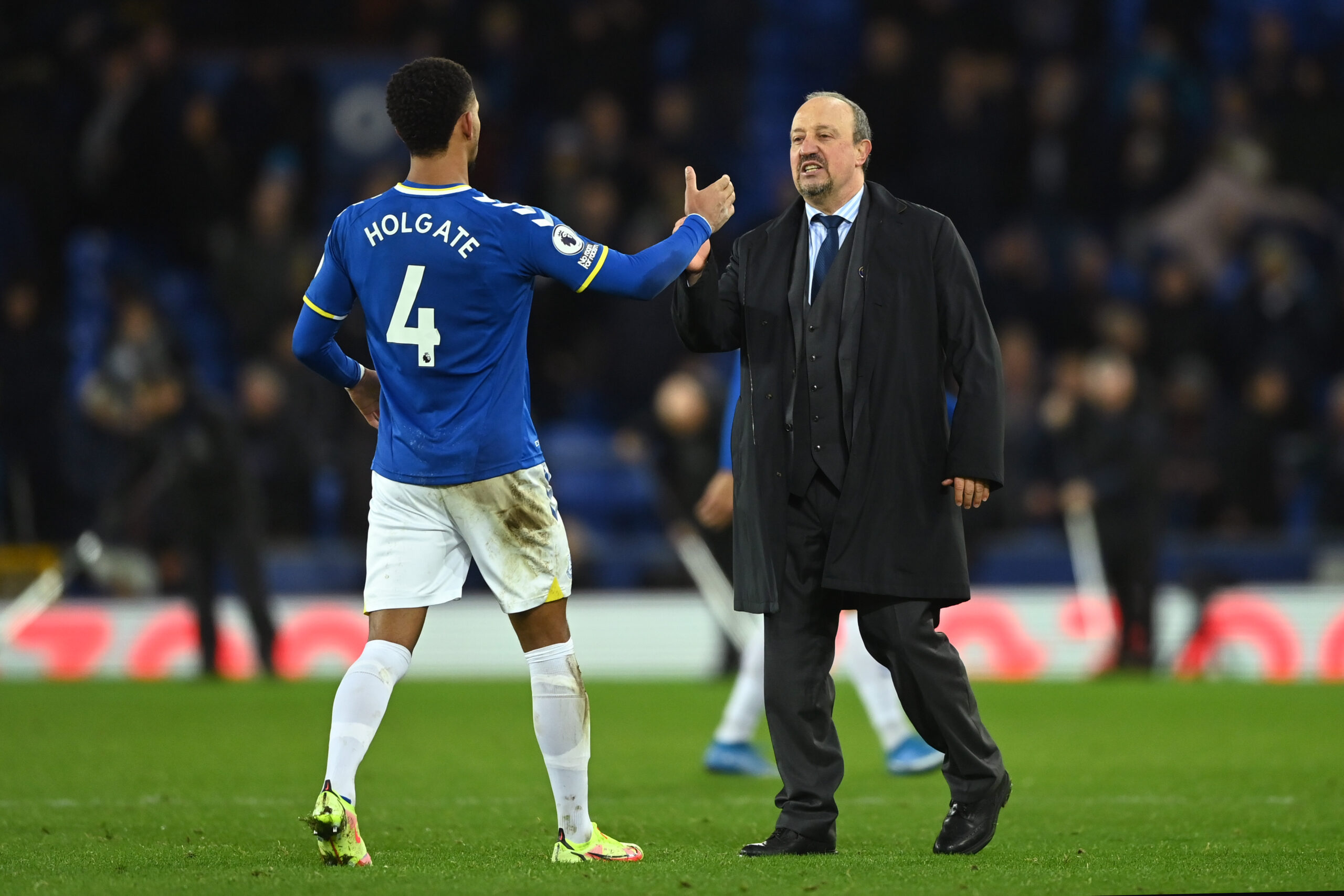 Everton boss Rafael Benitez has admitted the Toffees could add two or three players to the squad in the January transfer window.

After a bright start to his tenure at Goodison Park, the Spanish manager has experienced a turbulent last few months as his side head into the New Year in a dismal 15th place in the Premier League table.

Benitez was operating on a tight budget in the summer transfer window, mainly relying on free signings.

The Toffees captured the likes of left-footed winger Andros Townsend and experienced striker Salomon Rondon on Bosman deals while they signed the club’s top-scorer Demarai Gray for a mere £1.7m.

But a growing list of injuries, including the long-term absence of the club’s best player Dominic Calvert-Lewin, has played a significant role in Everton’s underwhelming first half of the season.

So the club could dive back into the transfer market in January to reinforce the squad, with Benitez expecting to add at least a couple of new faces to his team.

“We are working hard. We are trying to find some targets to improve the team. Everybody knows how difficult January is,” he told Sky Sports.

“Everybody is a little bit worried about Covid, no-one wants to spend too much money. That is complicated. I am quite confident we will do two or three things.

“We are in contact with clubs but it’s not just me – the board are (also) looking for the right options.

“Not everybody has a lot of money to spend so we have to be careful when we buy, sell or loan players.

“I knew what we were looking for in August, we are working to find the right players for the present and the future.

“We are trying to be sure we have chances to improve. What can (the fans) expect? Two or three players, and players who want to be here.”

Lucas Digne’s non-injury-related absence from the field has left Benitez short of options in the left-back position.

The Frenchman’s unavailability has the Spaniard to deploy a natural centre-back, Ben Godfrey, as a left-back down the final stretch of the calendar year.

However, the 23-year-old is a right-footed, predominantly defensively-oriented player, and he has struggled to adapt to a new role.

Meanwhile, Mykolenko has gone from strength to strength at Dynamo, forcing his way into the Ukraine national team.

The 22-year-old’s impressive displays in the Champions League earned him plenty of suitors across Europe, with Everton reportedly at the front of the queue to land his services.

The Toffees will have to pay around £18m to convince the Ukrainians to sanction the deal. But after saving money in the summer, that should not be a problem.

According to The Telegraph, the Merseyside outfit are also keen on signing Chelsea misfit Ross Barkley on loan for the remainder of the season.

The 28-year-old enjoyed an eye-catching season-long loan at Aston Villa but failed to secure a permanent move in the season.

Since returning to Stamford Bridge in the summer, the English midfielder has struggled for regular first-team football and is seeking a way out of London.

Given Barkley’s fringe role in Thomas Tuchel’s team, Chelsea could be willing to ship their peripheral figure out on another loan this winter.

The player made a name for himself at Goodison, where he grew into a headline performer between 2010 and 2018 before leaving Liverpool for Chelsea.

Per reports, Everton could use Digne as part of the deal to bring Barkley back, considering the Blues are in the market for a new left-back to fill the void left by Ben Chilwell’s long-term injury.

How can Everton still qualify for European Competition?
Lucas Digne Set to Leave Everton – Where could he go from here?