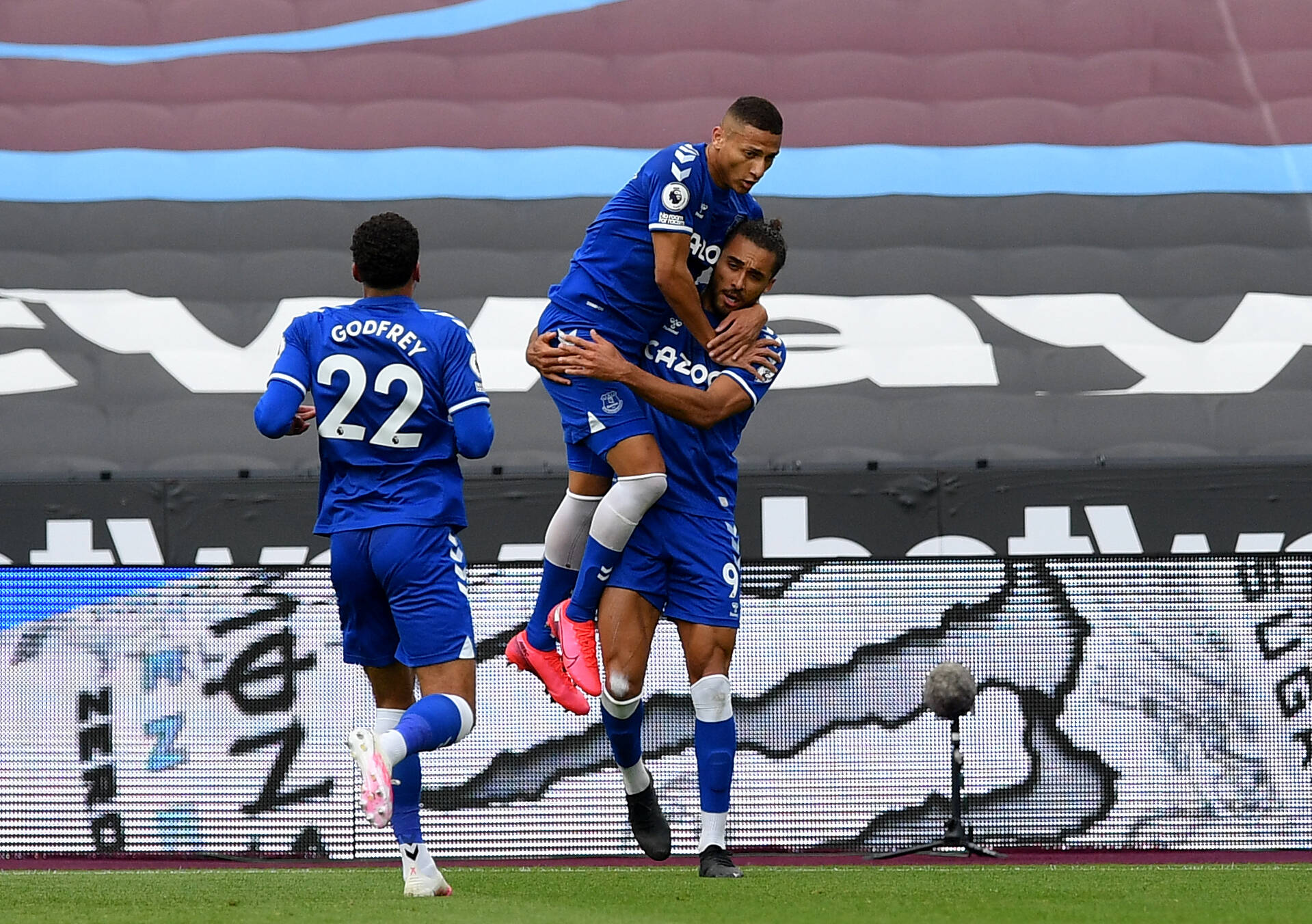 If Everton would have lost the game on Sunday, their European push would have been all for nothing.

However, Dominic Calvert-Lewin’s goal in a 1-0 win has given the Toffees hope they can still end this season having accomplished something.

It was not pretty by any means, but Everton’s dogged determination was a welcome sight.

The Toffees struck first in the clash at the London Stadium, with Ben Godfrey slipping Dominic Calvert-Lewin through on goal before the Englishman finished expertly.

Saïd Benrahma almost struck back for West Ham in the first half, when he found space at the back post. However, the Algerian attacker was unable to guide his header on target, heading over the bar instead.

West Ham continued to press for an equaliser in the second half, with Vladimír Coufal hitting the post after some brilliant build-up play from the Hammers.

Despite West Ham controlling most of the possession, the Toffees dug deep and were able to limit David Moyes’ side to only half chances.

The Toffees even had a flurry of chances of their own towards the end of the game, with Dominic Calvert-Lewin slipping Seamus Coleman in. However, the Irishman’s touch allowed Jesse Lingard time to get back and block his shot.

Joshua King also went close following his introduction to the game, with his header coming off the inside of the post before being cleared by the West Ham defence.

Everton remain eighth but could go above Tottenham and Liverpool with a win on Thursday.

Man of the match – Allan

The Brazilian may have impressed initially this season, but he has been well off the pace in the second half of the season.

However, Allan was back to his best at the London Stadium.

Breaking up the play on a regular basis, the Brazilian was often able to spring the Everton counter-attack and would burst forward himself when the opportunity allowed it.

When Abdoulaye Doucoure is fit to start for Everton, the Toffees will finally have a formidable midfield again.

What next for Everton?

As stated earlier, this was a hugely important result in the race for European football next season.

Following the win over West Ham, Everton will now have the oppurtunity to go level with David Moyes’ side in their next match on Thursday.

The Toffees will face off against Aston Villa, whom they faced just a week ago and were comfortably beaten by Dean Smith’s men.

Carlo Ancelotti’s side will be much warier of Aston Villa’s threat, and the inclusion of Abdoulaye Doucoure could transform Everton’s midfield, which was their weakest part of the pitch in the last meeting.

Tom Davies also impressed in the West Ham win, so he should retain his spot in the team alongside Allan and Doucoure.

Should Everton beat Aston Villa, they would go above Tottenham, while also going above rivals Liverpool until they face off against Manchester United on Friday.

That would be a huge step towards securing European football for next season, with relegated Sheffield United up next after that.

Just as West Ham was, the Aston Villa game is simply a must-win game for Everton.