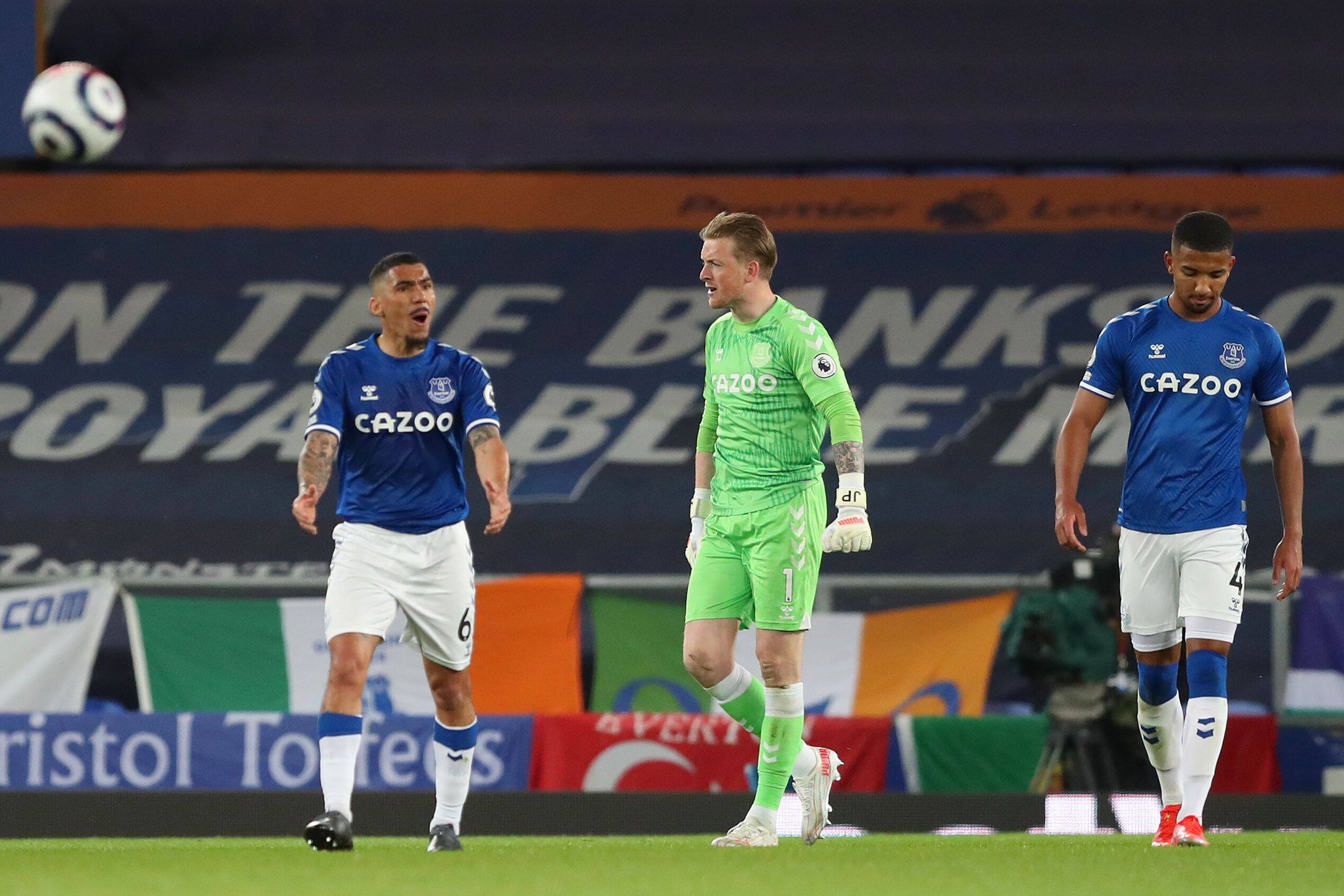 With Everton just six points behind West Ham in the Premier League table and still having a game in hand, the Toffees cannot afford another slip up in their push for European football.

Carlo Ancelotti’s side have won just one of their last seven league games, seeing them drop off from the pack of clubs chasing European football.

However, there is still a realistic chance that Everton can secure Europa League football for next season, should they beat West Ham at the weekend.

With a lot to play for for both sides, this will be live football on tv and a must-watch game.

The disappointing performance against Aston Villa was yet another kick in the teeth for Everton fans everywhere.

Coming off the back of a win against Arsenal (even if a bit flukey), the Toffees could have started moving back in the right direction after a run of poor form.

However, Aston Villa frankly deserved to win the game at Goodison on Saturday, with Everton falling below par yet again.

James Rodriguez’s absence after falling to injury in the warm-up would not have helped matters, but Everton cannot rely on just one player to be their creative outlet.

West Ham are actually a good example of a team who have not just relied on one player this season.

While Jesse Lingard has been the standout star since the January transfer window, Tomáš Souček and Jarrod Bowen have both chipped in with goals.

These four players will be the ones that Everton must keep quiet on Sunday afternoon.

Both Andre Gomes and Allan struggled against Aston Villa’s midfield last weekend and will likely be targeted again, but Abdoulaye Doucoure’s return could be key.

The Frenchman has been missing since early March, which has coincided with Everton’s poor run of form.

If Doucoure can hit the ground running, his presence could limit Tomáš Souček’s ability to push forward and in turn, allow Everton more time on the ball and solidity when defending the middle of the park.

Dominic Calvert-Lewin must also take his goal against Aston Villa and use that confidence to regain the form he showed earlier on in the season.

If Everton want European football this season, this is the game they must stamp their authority on.

Should the Toffees come out with a win, West Ham’s place in the Premier League table will be in their sights.

It was confirmed on Friday that Abdoulaye Doucoure has returned to full training ahead of the clash with West Ham.

Carlo Ancelotti confirmed in his pre-match press conference that the Frenchman is available for selection.

James Rodriguez had to withdraw from the Aston Villa squad after suffering an injury before the game and will not be fit in time to face West Ham this weekend.

Carlo Ancelotti expects the Colombian to return to training next week.

Jean-Philippe Gbamin remains out with a long-term injury and is expected back over the summer.

Declan Rice is yet to return from his long-term problem, despite David Moyes confirming on Friday that the player is getting closer to a return.

Angelo Ogbonna has also been out of action recently, but a report this week has suggested he could be in contention for the Everton clash.

Arthur Masuaku is also likely to miss the game after injury problems this season.